R. E. Transmitter has been my artist name since 2016, under which I have produced the following albums and tracks:

Of Wolves And Sheep 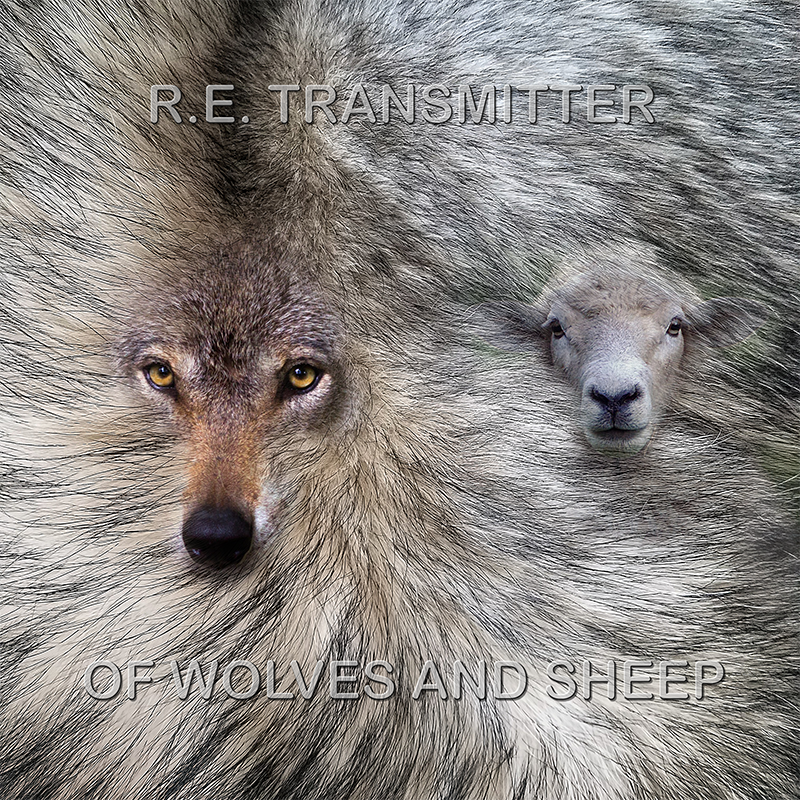 This "Corona"-album from 2020 is my 8th solo album. Standing in the tradition of its predecessors, it comprises melodic progressive rock with flavors of synth-rock and folk-rock.

I wrote the music and five of the lyrics, but as so often before, I could count on the help of some nice people:

Claudia Theisen is the lead singer on track 4 und contributes backing vocals to some of the other songs.

Sony Lichtenberg is the lead singer on 8 and has a supporting role on 10.

Julian Richter is the lead singer on 2 and 7.

On the other songs, I sing lead and backing vocals. Furthermore I play all the instruments besides:

A big thank-you goes to all the above-mentioned, especially to Richard Bellinghausen, who helped me with recording the tracks.

As always, you can download the music (high quality MP3) and the artwork (PDF) for free. The folders are compressed in a ZIP-archive, so you have to unpack them.

Down By The Lake

Houseboat On The Thames

Benefit of the Doubt 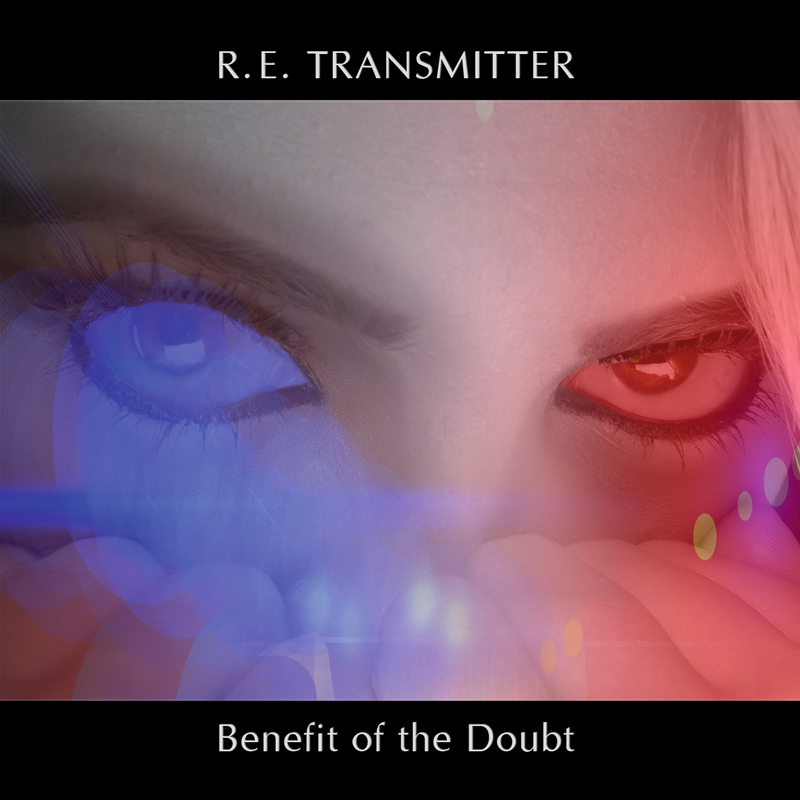 Solo album No. 7 from 2018 has again a proggy feel, without being too complex. My goal was to write sophisticated music, which still comprises catchy melodies. The hardware version includes a twenty-page booklet with the lyrics. Since I do not offer the CD for sale, you can download not only the music but also the complete artwork.

I had active support from:

Richard Bellinghausen, who wrote the lyrics for 1, 3, 4, 5, 6 and 8. He also designed the booklet and sang lead and backing vocals on 3 and 6

Claudia Theisen performed the vocals on 1, 5 and 8.

Ute Grewenig provided me with some of her paintings that were photographed by Tom Birkhäuser.

Tanja Raffel worked as a model for some pages in the booklet, Karin Kämmerer took the Images of Tanja.

A big thank you to all those involved, especially to Richard Bellinghausen, who contributed to this album with his smart lyrics and also was a helpful hand during some of the recording sessions.

As always, you can download the music (high quality MP3) and the artwork (PDF) for free. The folders are compressed in a ZIP-archive, so you have to unpack them.

Crime Scene, Do Not Cross *)

Beneath The Major Oak

*) The siren sample is made available by FatLane on freesound. 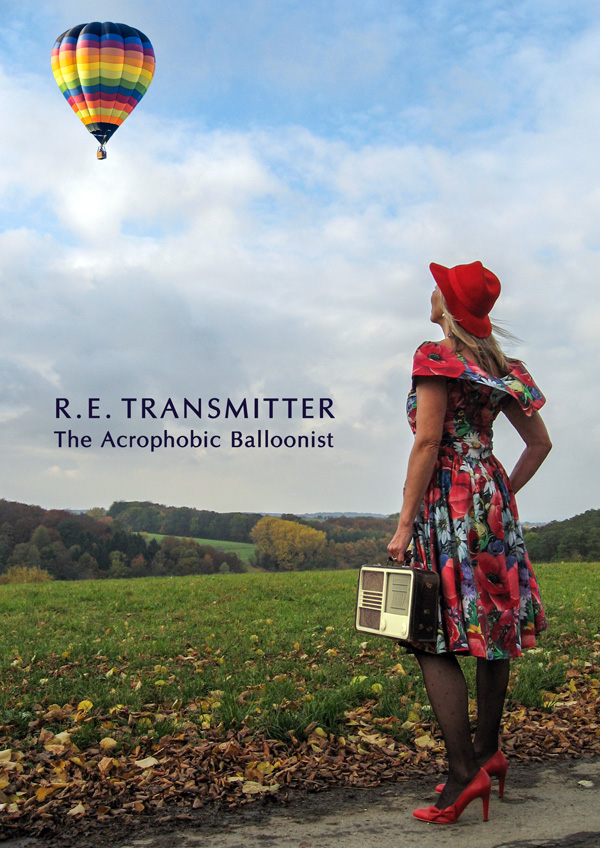 Click on the Image above to view the art book. A new window will open. It might take a while to load the data. Using the two windows, you may read the lyrics while listening to the music.
Have fun!

This is my sixth solo album. The download version is as always free and contains the songs in the best possible MP3 quality as well as the art book in PDF format. Click on the cover image to view a virtual version of the art book. Use the player below to listen to the songs.

I've been working on this album for two years. I had a lot of support from my friend Richard Bellinghausen. He performed the lead vocals on "The Present's Too Precious" and "Attracted To Foreign Shores" and wrote the lyrics for "Too Dumb For Paradise", "Attracted To Foreign Shores", "Something Fishy At The Outpost" and, together with me, "The Present's Too Precious". He also designed the art book and contributed some photos.

But he wasn't the only one who helped me. I would like to thank the following persons for their contributions:

Nikolas Mews performed the lead vocals on "The Acrophobic Balloonist" and "Beware Of Sirens".
Hiltrud Triphaus, Sonja Lichtenberg and Peter Müller together with Richard were my choir on "3000". Hiltrud also performed one of the background vocals on "The Present's Too Precious". Elisabeth Enders, Bernd Giershausen and Karin Kämmerer have contributed photos. Anne Schiranski worked as the model on the cover and in the art book.

The Present's Too Precious

Too Dumb For Paradise

Something Fishy At The Outpost

The Artists Of Death

I keep writing instrumental pieces that don't end up on my regular albums. What they have in common is either a little story, an interesting character or a visual motive.
You can download the tracks by right-clicking on them. 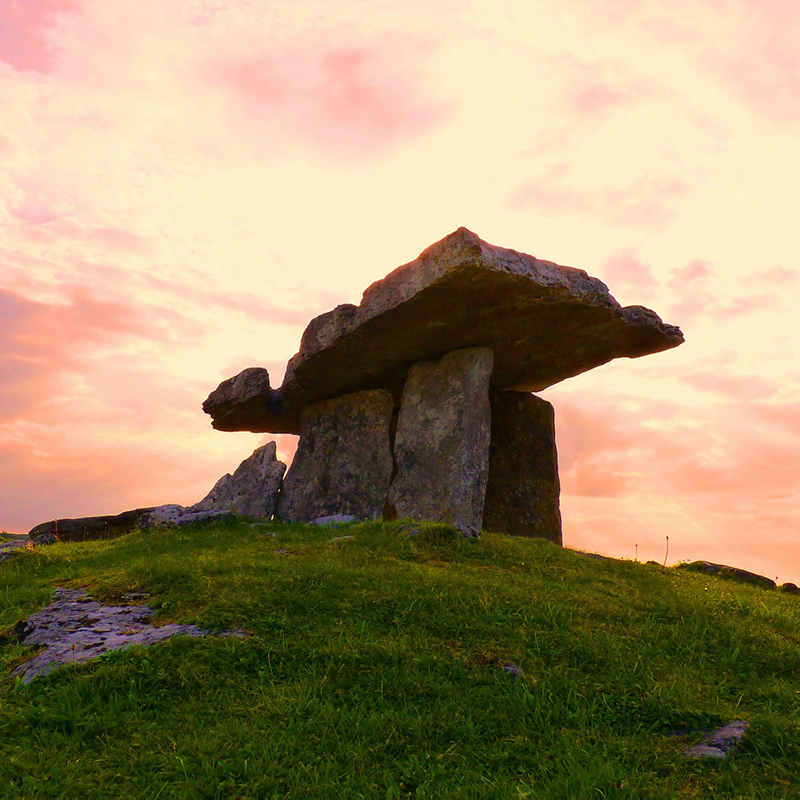 A Druid Spotted On Mullaghcleevaun

I like the sound of Celtic instruments like Irish flute, bouzouki and uilleann pipe and that's why I wrote an instrumental folk piece with a Celtic flair. "Mullaghcleevaun" (in Celtic Irish "Mullach Cliabháin": "summit of the cradle") is one of the highest mountains in Ireland.

Image by joakant at Pixabay

The music of this track is not based on a story or a character, but simply describes the beauty of a coral reef and its colorful habitants. The corals are dying rapidly due to global warming and marine pollution. The Great Barrier Reef, the largest coral reef in the world, lost half of its coral polyps between 1985 and 2012. It is likely that future generations will only get to know the beauty of these oceanic biotopes in pictures. 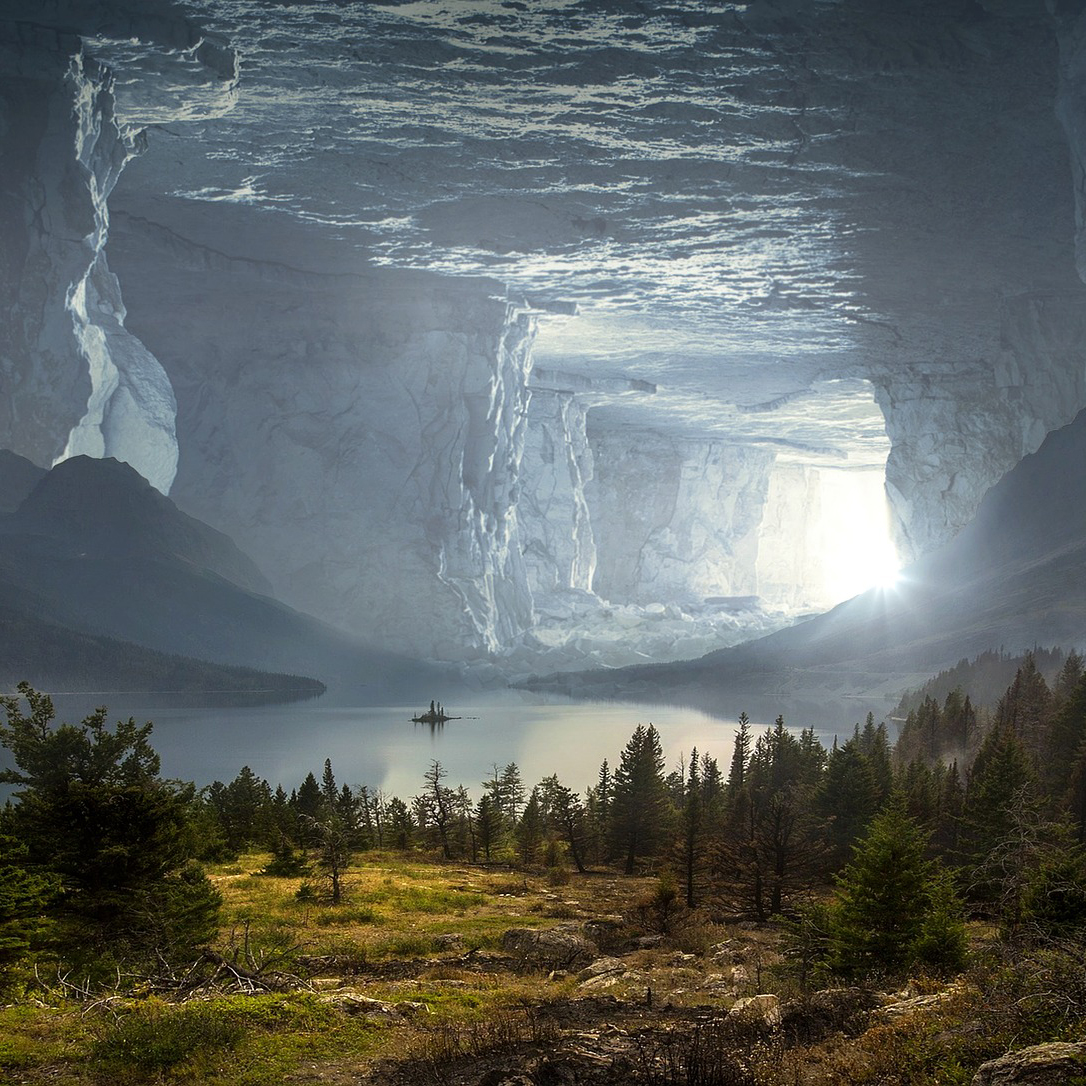 Image by Stefan Keller at Pixabay

Katabasis (Greek for descent) has many meanings. One of them comes from Greek mythology and describes the journey of a living person into the underworld and back. Some Greek heroes ventured this dangerous trip, e.g. Odysseus, Aeneas and Orpheus.
The katabasis of this song tells the story of a woman who argued with her husband - a simple soldier - on the eve of the destruction of Troy. The next day he is killed by the Greeks and she regrets her bitter words. So she sets off into the world of the dead to reconcile with him.

The trip is divided into several scenes:

I. The Descent
Travelling through vast caves and deep chasms and finding her way amidst thousands of men killed in action is frightening, arduous and dangerous.
II. Charon
As the last of the long procession of the dead, she comes before Charon, the ferryman, an unkempt and somber-looking figure dressed in dirty rags. He is suspicious because unlike the others she looks alive, but she pays the price and so he has to lead her to the realm of the dead.
III. Crossing the river Styx
The river marks the boundary between the world of the living and the underworld. Charon ferries her across. Many dead people desperately try to cross the river swimming because they could not pay the ferryman, but the current drives them back to the shore, where they have to walk as shadows forever.
IV. Kerberos
The three-headed hellhound guards the entrance so that no living person should enter the realm of the dead and no dead should leave it. The woman rubs her face with ashes, mingles with the stream of the dead, and gets into Hades unnoticed by Kerberos.
V. Reconciliation
Finally, she finds her husband. He scants his fate and curses the insidious Ulysses. However, he is comforted that his wife has undertaken the dangerous journey down to the Hades to tell him that she loves him.
VI. On the run
When she makes her way back, Kerberos discovers her. She has a narrow escape.
VII. Daylight again!
When she finally sees the daylight again, she feels very relieved. A new life now lies ahead of her. 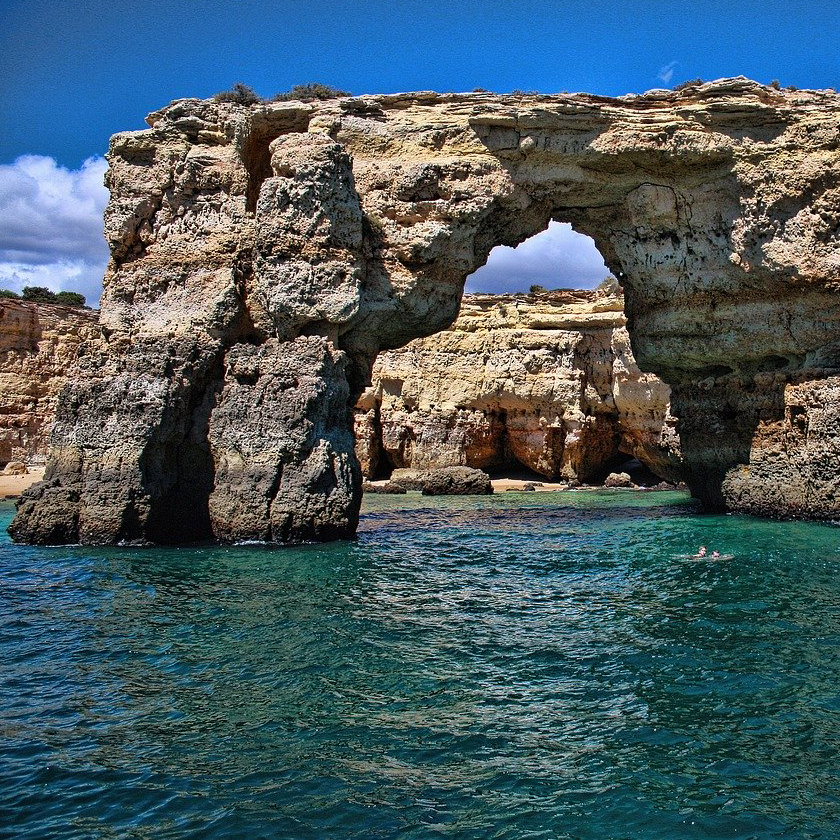 Image by Pexels at Pixabay

Ulysses is the only one to survive his long journey. All his comrades have died. He finally runs aground on the island of Ogygia. There he meets the nymph Calypso in a grotto. She falls in love with him, promises him eternal youth and immortality and embraces him with her magic. At first Ulysses enjoys it, but at some point he gets bored. He longs for his home and his wife Penelope. But he has to wait seven years on the island before the gods finally have mercy with him. They send their messenger Hermes, who orders Calypso to let Odysseus go. The nymph is pretty upset, but eventually fits in. She gives him tools to build a raft, provides him with travel provisions and sends him a favorable west wind. 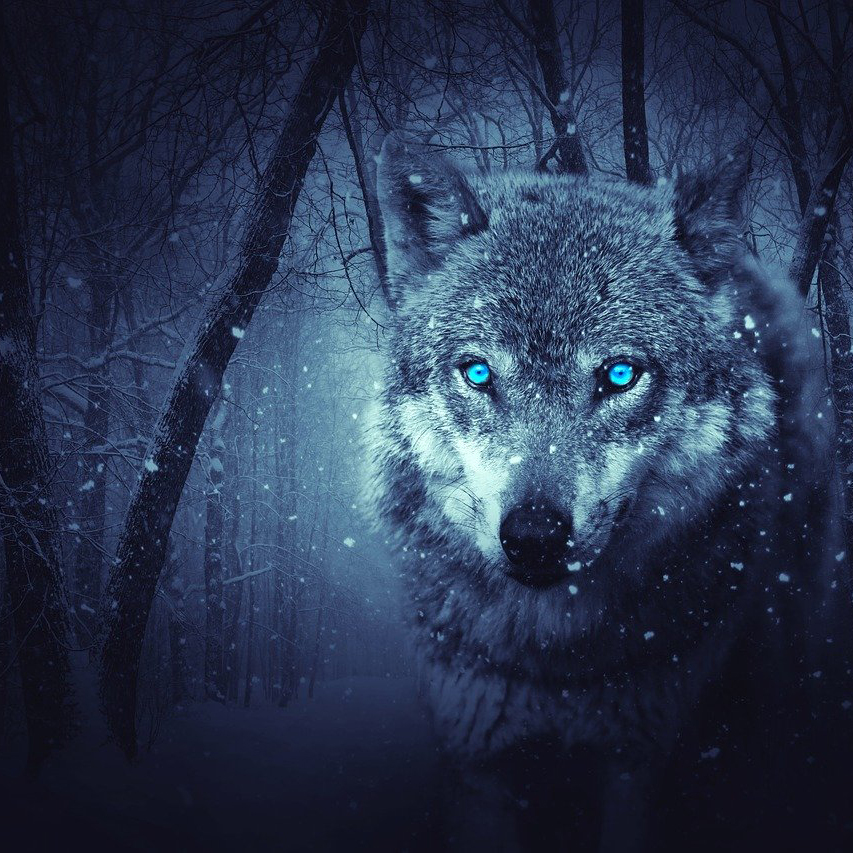 Image by Yuri_B at Pixabay

The Night When The Wolves Came

Imagine a village on the edge of the mountains: children playing and laughing, waiting for the sheep, which are driven from their pastures to the village green to be sheared. A folk festival takes place during the sheep shearing. After the work is done, the party continues in the village inn.
In the middle of the night when everyone is asleep, a pack of wolves is chasing from the mountains, attracted by the bleating of the sheep and the soft ringing of their bells. The animals, robbed of their wool, are crowded together in the pen against the cold of the spring night. They have no idea of ​​the danger, just as little as the shepherds who stay in the village.
Then the pack comes, encircling the pen. The dogs strike and the villagers wake up. Armed with torches, clubs and scythes, the shepherds rush to rescue their sheep. Together with the herding dogs, they plunge into battle.
In the end, they put the wolves to flight. Both sides lick their wounds and mourn victims. The decimated pack retreats to the mountains and howls at the moon. 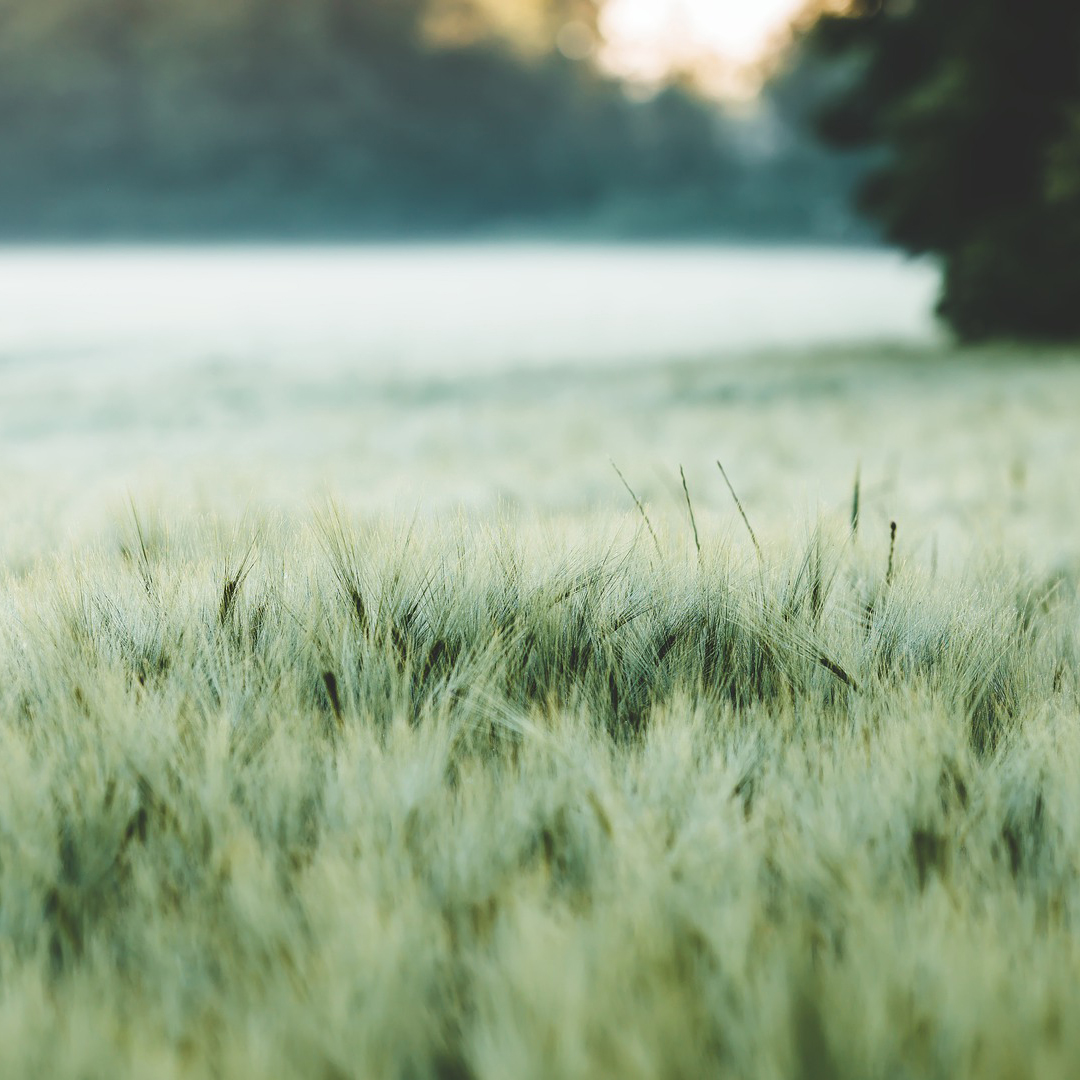 Image by FelixMittermeier at Pixabay

Demeter is the Greek goddess of fertility and agriculture.

The main theme of this piece is written in D-Dorian, the notes of which all come from the C major scale. However, I have inserted some transition chords unrelated to the basic key to spice up the harmonies.

Image by Bessi at Pixabay

Nyx is a Greek goddess and the personification of the night. Even Zeuss - the ruler of Olympus - is afraid of her.

This piece is the dark counterpart to Hemera. It is written in C minor. 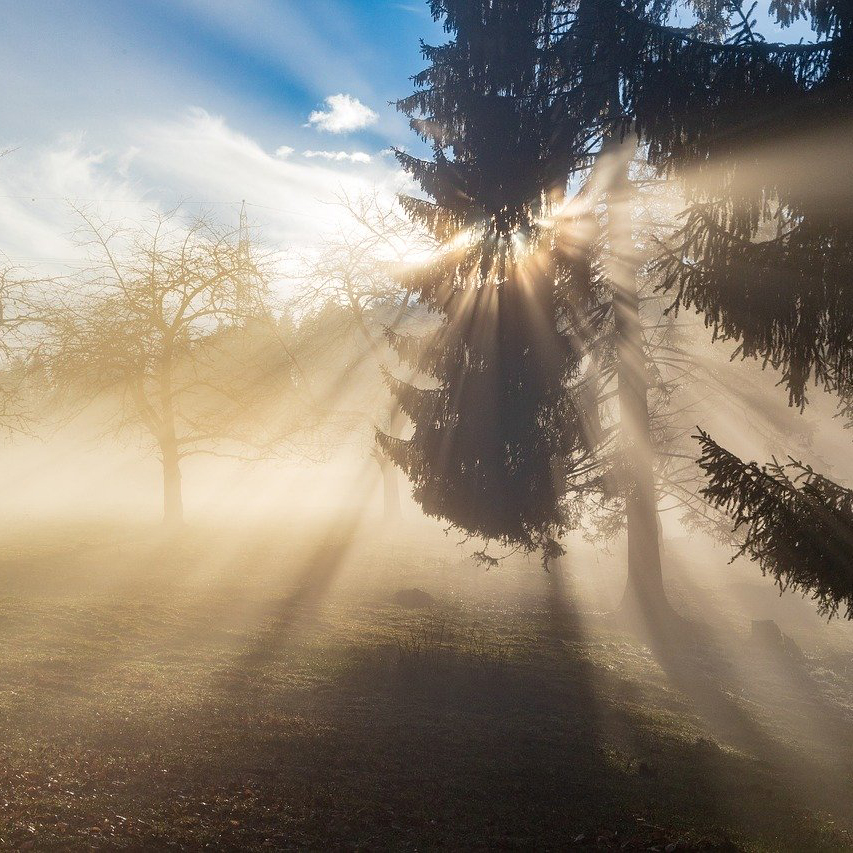 Image by marcelkessler at Pixabay

Hemera is a Greek goddess and the personification of the day. She rises when Nyx - the goddess of the night - recedes.

I am currently dealing with modes, an very useful part of harmony. I chose G-lydian for this piece. This mode is often used in epic film music and is described as uplifting, extraterrestrial, sometimes heavenly. Its special features are three whole-tone steps in a row with the raised fourth leading to the fifth. 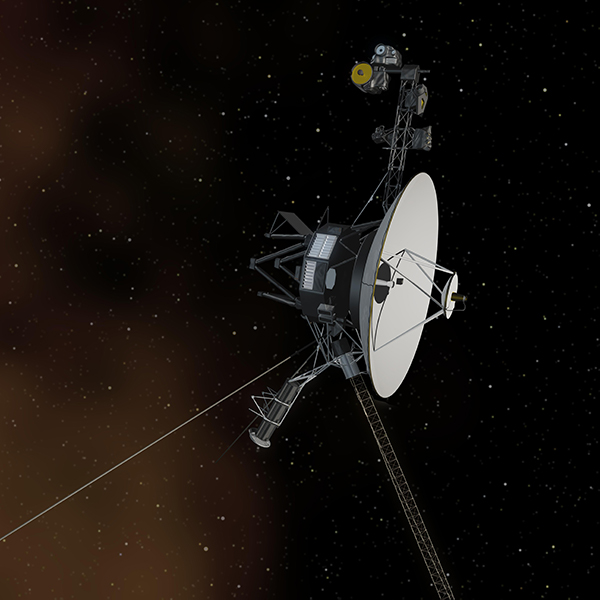 The Voyager 1 spacecraft has traveled the furthest distance a human-made object has ever reached. It is also the fastest artificial object and (with its Voyager 2 sibling probe) the only one that has ever left our solar system.

The current distance from Voyager 1 to Earth is approximately 22 billion km, which is 148 times the distance from Earth to the Sun. Their speed is approximately 61000 km / h or 17 km per second! The probe started in 1977, has been on the move for more than 40 years, has now reached interstellar space and will still need around 40,000 years to get close to a star.